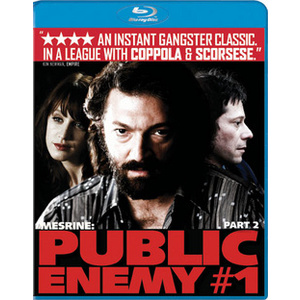 In the climactic second part of the the Mesrine saga, Jacques Mesrine is back in France after his brazen assault on the maximum-security prison from which he daringly escaped. Once again in police custody and facing stern justice for his crimes, the "man of a thousand faces" escapes directly from the courtroom after kidnapping the judge at gunpoint. The life of Jacques Mesrine comes once and for all to a full bloody circle in a climax only fitting for Public Enemy #1.