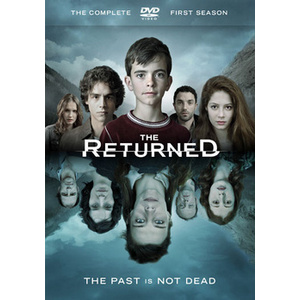 In an idyllic French Alpine village, a seemingly random collection of people find themselves in a state of confusion as they attempt to return to their homes. What they do not yet know is that they have been dead for several years, and no one is expecting them back. Buried secrets emerge as they grapple with this miraculous and sinister new reality, struggling to reintegrate with their families and past lovers. But it seems they are not the only ones back from the dead. Their arrival coincides with a series of gruesome murders that bear a chilling resemblance to the work of a serial killer from the past... A gripping, stylish mix of real and surreal, the highly cinematic The Returned (Les Revenants) features a wide range of top French film actors and a haunting, atmospheric soundtrack by Scottish post-rock band Mogwai. The Returned was also a smash hit last year on French television and the highest rated subtitled drama on any UK channel in nearly a decade.